We are in the center of Finland, where nature unfolds wonderfully, as it is a mix of flora from the south of Finland to the far north. The landscape was shaped during the Ice Age and is hilly with many lakes, rivers and bogs.

In Paljakka you find the oldest spruce forest in Finland and one of the last primal forests (nature reserve) in Europe.

The forests are unique, the soil lush overgrown with various plants, mosses and lichens. This area is also one of the cleanest places in Europe. This allows us to safely enjoy the variety of berries and mushrooms, as well as plants and herbs.

The wild berry season is from July to October.
Begins with Cloudberries, blueberries, raspberries, arctic raspberries, wild currants, crowberries, lingonberries and, last but not least, cranberries.

Fauna includes moose, lynx, fox, wolverine and bear, just to name a few. Unfortunately, no wolves.
In large numbers there are forest birds, such as capercaillie, black grouse, hazel grouse, ptarmigan and other birds, such as whooper swan, crane, red-breasted puffin and golden-headed duck, as well as birds of prey. These include golden eagle, white-tailed eagle, eagle owl and other species of owls.
In clean lakes and rivers live numerous species of fish such as perch, catfish, pike, large whitefish, trout and many others.

Winter has a special charm in Kainuu.
The huge trees in the oldest spruce forest in Finland are covered in snow all over.
Paljakka is the snowiest area in Finland.

The nature enchanted by the frost is of incredible beauty. The bizarre figures of ice and snow inspire our soul and awaken an indescribable happiness in us.

Life seems to be frozen in the Arctic winter, but the many animal tracks we see show us the opposite.
The flora rests at this time and draws strength to unfold in its full glory again next spring. 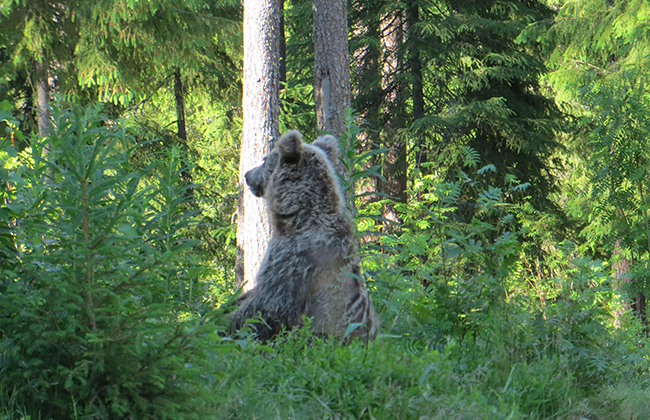 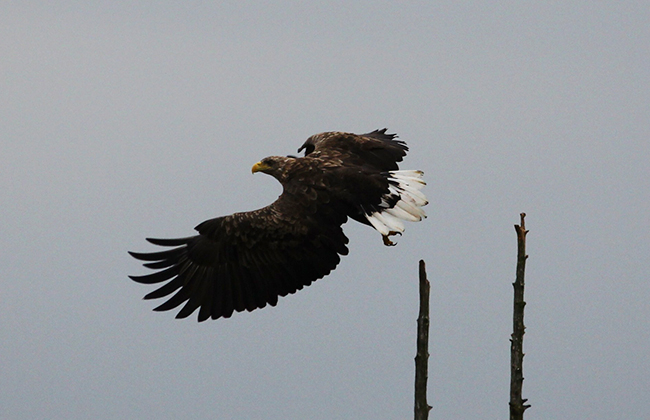 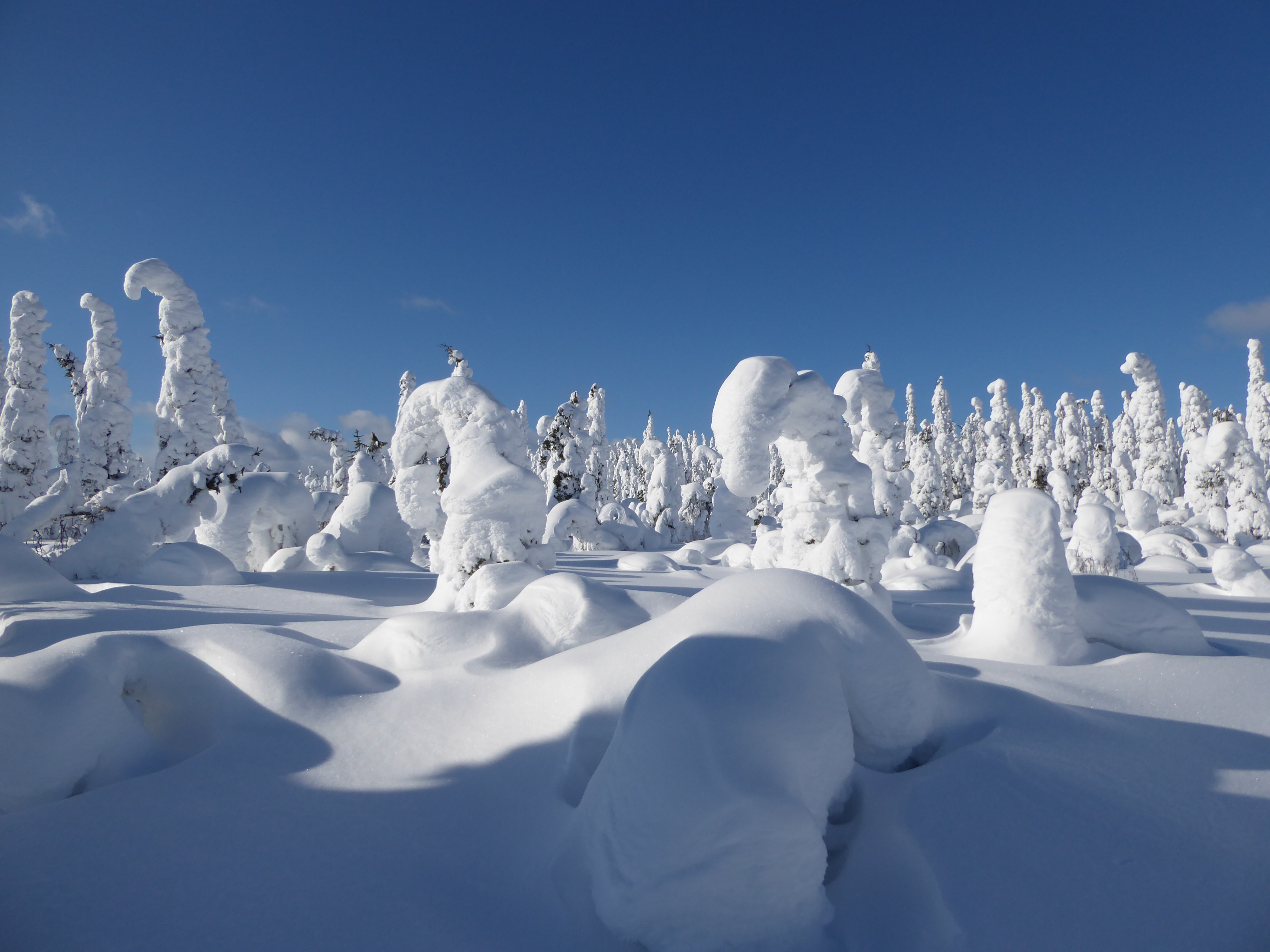 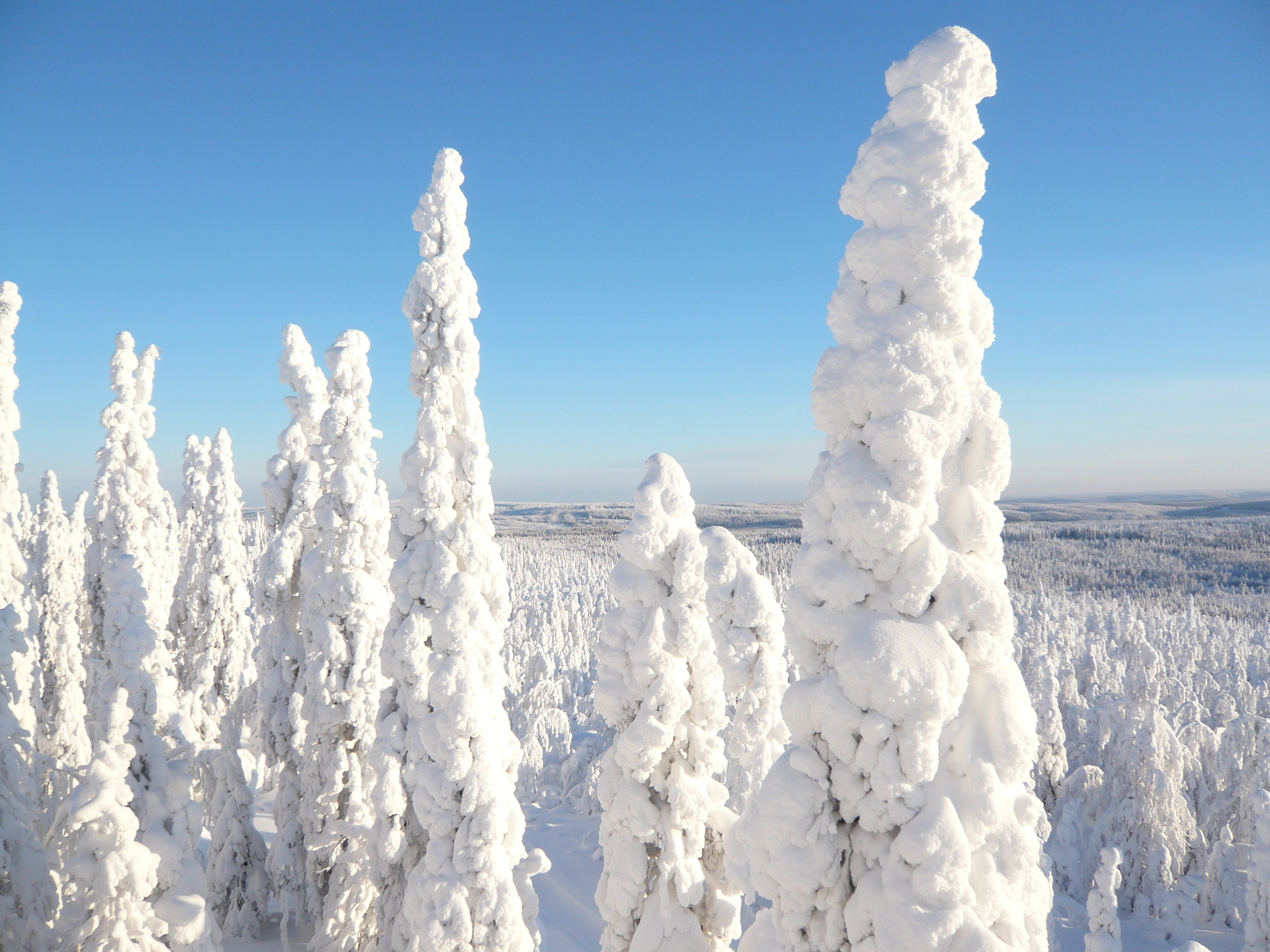 The nature is a place of freedom